The Hall of Fame Award is given to employees who have demonstrated a commitment to our CORE values, positively impacted the business for the benefit of the entire team through major accomplishments and have unquestionable integrity. We are pleased to honor Andrew Turner, Don “Boone” Heinz, Joe Griffin, Laurel Burnett and Mike Carpenter with the award. 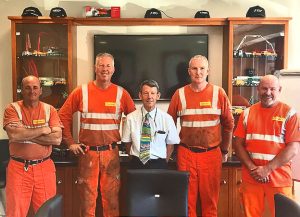 Andrew started working in ready mix for Mix Concrete back in 1980 before moving into the pumping game with Putzmeister and Cifa. He joined Camfaud back in 2004 when the company ran 35 mobiles and a handful of statics.

During his 16-year tenure, Andrew has been instrumental in helping Camfaud grow the business and deliver some of the most complex and challenging projects across the UK. With his background, he was uniquely placed to help our clients overcome seemingly impossible concrete placement projects through his comprehensive knowledge of both the concrete and the pumping process.

Most notable of his achievements would be the work carried out for ATC on Crossrail where he helped develop a heavy weight concrete mix and pumping system suitable for pumping 1500 linear meters to a floating track bed under the Barbican Centre. Andrew worked closely with Jack Sindhu of London Concrete throughout this project to ensure the best possible outcome for the client. As well as Crossrail, his favorite projects were the track renewal for London Underground and Latterly Thames Tideway. He clearly enjoyed being underground with the troglodyte team (as he fondly called them), which is probably because these projects were the most challenging to plan and deliver. This, in essence, was what Andrew was all about. There are many superlatives we could use to describe Andrew but the one that fits him best is ‘A True Gentleman’. 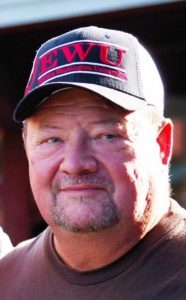 Boone started as Service Manager in Kent, WA and worked his way up to Assistant Branch Manager. In 2005 he took on placing boom and specialty projects coordination and setup for the entire company. As Technical Service Manager, Boone managed the boom inspection program, placing boom support, equipment transfers, assisted the parts department, and any oddball assignments that come up.

In 2016, Boone was awarded the ACPA Pioneer Award for his contributions to the concrete pumping industry. Boone’s knowledge and experience are irreplaceable and he has left an everlasting mark on our business. 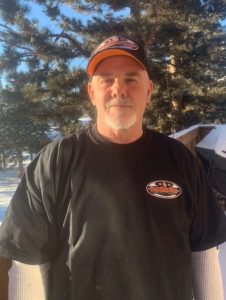 Joe began his concrete pumping career with S&S Concrete in Wichita, KS on April 1, 1993. In 2001, Joe joined the Brundage-Bone team when the company acquired S&S Concrete.

Joe wore many hats throughout his career working as a mechanic, operator, salesman and Branch Manager. During his tenure, Joe has been an inspiration to many and a respected leader to those who served under him.

Joe retired in 2018 after serving several years as the Kansas area Branch Manager. 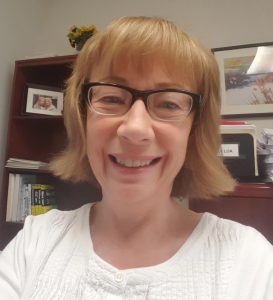 Laurel joined the Brundage-Bone Concrete Pumping team on March 8, 2011 as our HR Director. Laurel quickly adapted to the company’s culture and became a valued partner to all of our Regional and Branch Managers while working directly with and for John Hudek, our CFO at the time. Laurel did a remarkable job of encouraging and supporting our entire team until her retirement in July of 2020.

Throughout Laurel’s career the company went through many transformative periods. When Laurel joined the company we were in the middle of a restructuring of the business followed by lender ownership, private equity ownership and finally emerging as a public company. During her time with the business she also supported many acquisitions including Eco-Pan, O’Brien and Capital Pumping where she was instrumental in welcoming all new teammates and minimized employee concerns. We value her contribution to the team and the support she provided in all circumstances. Laurel truly influenced our business in a positive manner.

Mike Carpenter started with Brundage-Bone Concrete Pumping in 1991 at the Seattle Branch. In February 1996, he moved to our Oregon Branch and immediately made his mark.

Mike greatly contributed to the success the branch has enjoyed over the last 20+ years. No one individual has played a larger role in value creation in the Portland market. His experience and deep understanding of the concrete pumping business made him invaluable to our customers. This, combined with his determination and assertive style, was the driving force behind Brundage-Bone acquiring work on the biggest construction projects in the region.

Previous Hall of Fame Inductees include: